Getting the Grommets Op 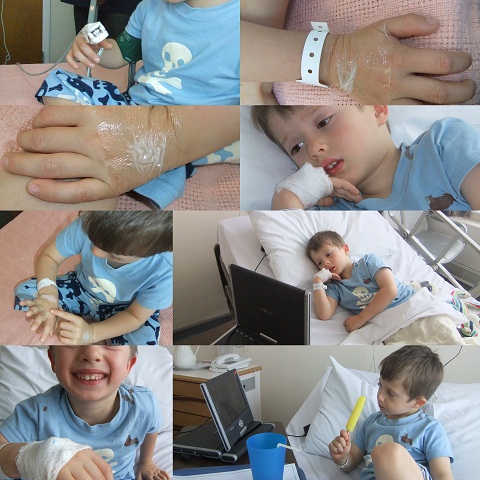 I posted back in June “Don’t say what, say pardon” about the news that Lil H had glue ear.  Hurray, he wasn’t ignoring me after all!  Big Boo, he has to have an operation.  I’m writing this post so if you’re where I was back in June you will hopefully get an idea as to what actually happens, some reassurance that everything will be OK, that someone else felt the same and some ideas to prepare you and your child.

The treatment for glue ear is very effective, its grommets, tiny plastic tubes fitted into the eardrum, these tubes lets air pass in and out of the ear, sounds simple doesn’t it.   I nodded as the consultant explained.  I think I carried on nodding as he said “I do my surgeries on a Thursday and yes I can fit H in next Thursday no problem, he’ll be a day patient, its a general anaesthetic but you should be home mid afternoon” I’m still nodding at this point but actually all I can now see in my head is my 4 year old dead in an operating theatre.  Sorry, but that’s how my brain works – it runs past everything that’s logical, likely and reasonable to the worst possible most unlikely case scenario and there I will worry, stress, fret and not sleep until, well, none of that has happened and we are back at home.  Alive.  I hate my brain at times like this.

I’m his Mummy and I have to be the brave one for Lil’ H to show him how to be brave.  Practical Mummy is on autopilot and overdrive as his surgery is less than a week away*.  The reality is the pragmatic me makes a plan, I do plans really well and I prepare my little boy, I didn’t say too much, he’s only four years old.  We read Topsy and Tim: Go to Hospital

the popular characters all seem to have a first trip to hospital.  Recommended to us was Tubes in My Ears: My Trip to the Hospital

but we didn’t have time to get this before H’s op.  I didn’t really tell him much other than I was going to wake him up early and we would go to the hospital in his pyjama’s, we had to be there at 7:15am so I saw no point getting him dressed and he thought this was all very exciting.

I kept everything very light I told him a doctor would give put some magic cream on his hand and it would feel cold.  I explained we’d have to go to the theatre and I showed him pictures online of surgeons in masks, so he wasn’t phased.  How did anyone ever live before google?  I have no idea!  I hadn’t mentioned he’d have to have his blood pressure taken and a clip put on his finger to take his pulse, he’d be weighed and measured and get a nice juicy dose of liquid paracetamol and ibuprofen orally by syringe (he’s a pro at this and self served!)  This is what happened and he took it in his stride.

It was quickly time to go to theatre, he’d been nil by mouth since teatime the previous day and bless him hadn’t so much as mentioned it.  We walked down to theatre with the nurse just before 10am.  Lil H thought the automatic sliding doors were just like those on the Millennium Falcon on Star Wars so this was already brilliant in his 4 year old eyes!  The team were just lovely and quickly everything was ready for Lil H to have his cannula put in his hand.  Even with magic cream I knew this was going to be uncomfortable but with H so calm and relaxed he had this done awake, he kept looking at me and I knew it had gone in because his face flushed red.  My throat instantly dried out.  Inside I knew we were past the point of no return.  I had no voice, please don’t anybody ask me anything and whilst I’d lost it inside I had to keep smiling, holding and stroking his other hand.

He wanted to see over the nurse to see his hand which now had a cannula in, the nurse reminded him about the time Luke Skywalker had to have a new hand, perfect distraction, done!  Ooh and a teddy bear plaster as a finishing touch – 4 year olds love plasters the bigger the better.  He didn’t cry, cannula was in, done in a moment.  He lay back on the bed as I sat on the bed next to him, a mask with apparently strawberry smelling gas was placed near his face and the anaesthetic was injected.  Just a matter of seconds, his eyes drooped, then rolled back and he was asleep, but beyond sleep, past deep asleep to truly unconscious.  I kissed him and left.  He went into theatre.

I went to the coffee machine and headed back to his room.  I sat with a purpose bought copy of Grazia and a Cadburys flake.  My mind did not move from fashion, celebrity gossip and chocolate I wouldn’t let it.  I somehow had managed to freeze the thinking part of my brain.  It was like until I got him back I couldn’t allow myself to think about what was actually happening. Then the nurse came to take me up to him in recovery he was out, everything had gone well, he was alive.  Cancel the last weeks worth pointless worrying, stressing, fretting, not sleeping and brave facing – what a total waste of time and energy that was!

When I got to him he was awake having a cuddle with a nurse, disorientated, not crying, but groggy, confused, groany, pretty out of it.  He had a one or two patches of blood on his PJ top, you can see it in the photo’s its not much at all but I wasn’t expecting to see any, no idea why but I wasn’t, now its obvious with such tiny ears there may be a little but just a heads up – there may be blood.  Physically he didn’t really know what to do with himself, he was thrashing about quite a bit and keeping him still and calm was tricky – cue the portable DVD player from the car.  I thought he’d be zonked by the anaesthetic and snooze all afternoon but he never slept again until bedtime.  Within about half an hour of coming round Lil H asked for the volume on the DVD player to be turned down “its too loud mummy” this was set at his pre-op hearing level, so the procedure had obviously been totally successful.  He and I both had a lovely lunch, including an ice lolly for the very brave Lil’ H.  After lunch, the once over from the consultants and a well earned certificate for bravery we were off home just after 2pm.  As we left the hospital Lil H asked “Mummy can I have another operation tomorrow today has been brilliant”.  Lil H was an absolute star, hand on heart he didn’t shed a tear.  I can’t say the same for me but I did keep mine out of sight – just between me and Mr Sauv Blanc!

This isn’t a sponsored post in anyway this is just how it was and I am genuinely so very grateful to Mr Birzgalis and his team at The Alexandra Hospital that took such great care, and continue to care for, Lil’ H and his Lil’ lugs!

If you are wondering how long the actual op took, we arrived at the hospital about 7:15am, by 8am H was magic creamed up by consultant and anaethestist rounds were around 9am he was in the pre-op anaesthetic theatre just before 10am for about 10-15 minutes and from kissing him goodbye to getting him back took about 40 minutes.  It felt a lot longer but it wasn’t only 45 minutes.  We left the hospital just after 2pm.

* It was less than a week away because I have BUPA private healthcare for the children, we’ve never needed to use the policy, it has been one of those annual costs that every year I um and ah over but last year I had some consultancy work at the time when the renewal came around so it got renewed.  In hindsight, best decision ever, normally problems arise shortly after we don’t renew policies – law of sod and all that.  As it happened this time the fate smiled on us and we were able to go from GP referral to consultant and diasnosis in three days and less than a week later Lil H had the required grommets operation and his hearing was literally cured on waking up. 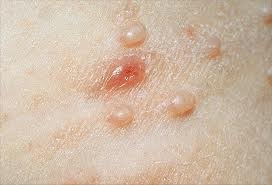