This week my husband returned to work, I have been “signed off” by the midwife and I am solo with a 2.5yr old and a 2.5 wk old – I am pretty sure I’m not qualified but here we are and I am the responsible adult in charge – eek!  As part of being “signed off” all my maternity notes get handed back to reside in the deepest, darkest archives somewhere at the District Hospital.  The only time they will resurface will be if I have another baby – so that would be never!  I have copied a few pages related to my labour, delivery and first day – primarily as I was either on my own or unconscious for the majority!

To tell this birth story properly I need to rewind to the evening on Sunday 11th October.  I was nearly a week overdue but started having contractions which were notable and regular about 7mins apart, so I had some supper and went to bed.  Having been here before I know I needed rest, energy and stamina and when we need to get going the pain will wake me!  I woke at 7:30am-ish on Monday morning to my lil’ H chiming “morning mummy, can I come upstairs?” through the baby monitor, still niggly tummy pains but less strong and about every 10 mins apart, these got stronger & closer throughout Monday until they were about every 5mins apart by tea time, again I went to bed, thinking “it” will wake me.  “It” didn’t, again my lil’ H did and again contractions had eased and slowed back to 8 mins – grrr is the polite, blogable version of my language.  Now at 8 days overdue my language and personality was at all time unpleasant low, limiting myself to contact with family and only the best of friends minimised the potentially catastrophic impact my mood could have had – think PMS times a million!

Tuesday was a repeat of the same but I was much more uncomfortable in the evening and was woken a number of times, at 2am I phoned the maternity unit and took myself off on my own to be checked out having not been seen by a midwife for nearly a week.  I was bothered by disrupting my lil’ H and putting other people out I didn’t want to call my parents to come over and it be a “false alarm” but I was experiencing a level of discomfort, not pain though like last time.  So luckily for me our neighbours are in their early 20’s, gaming, partying, living life as you do in your 20’s and I could see they were up – a quick text and I had a lift to the hospital on the proviso I did not have the baby en route which I promised not to!

My maternity notes read “Mrs Lancaster admitted self to maternity unit complaining of abdominal pain: 40wks+9days” the underlining of my pregnancy timeline says it all really!  I think I was so resigned and fed up with being late I just didn’t think labour nor baby would ever come!  Not sure what exactly I did think was happening, abdominal pains?  I mean please Claire, come on!  In hindsight with what then followed I think the truth is that I was so preoccupied about not disrupting lil’ H that I just couldn’t relax enough and give myself up to labour with my toddler around so simply by being in the maternity unit I felt safe, I knew H was safe at home with his Dad and perhaps everything was then how I needed it to be to for me to progress my labour and deliver my baby.

The usual checks followed – blood pressure, temperature, contraction monitor, baby heartbeat listen in, of course a good old feel up of the bump and the internal poke about!  Contractions were 6 mins and of a decent strength but I was still only 2cm dilated, I had been that for the last 6 weeks since my previous false start trip to the unit, having spent days in latent labour for it not to have done progressed anything was just gutting.  I was so tired, I needed sleep but couldn’t through the tightenings, I had some diamorphine, I texted Mr L to say no action will text if any change, relaxed and zoned out.  The next thing I remember was loads of people coming in to my cubical, the midwife saying “nothing to worry about we just want to do a quick scan to check baby’s position” – looking back there were too many people in there for it to be routine and they had the monitor turned away from me – I think they may have thought something unthinkable had happened because very quickly the midwife said “baby is fine, look here is her heartbeat” she then explained baby’s position was making it difficult to monitor her heartbeat.  I now know that was because she was in a back to back position, wedged on the right hand side of my pelvis – my notes read “BIG BABY Malposition ROP” the capital letters and underlining are yet another sign post to where we were heading!

I rested & got some sleep too and in the morning I felt much better, brighter and stronger.  I was still contracting though, at 8:15am I called Mr L and said I was going to have some breakfast and get a cab home.  Midwife said she’d like me to stay for a few more hours as the contractions were still about 5 mins apart.  This is when it all seemed to go at warp speed, I got up walked to the midwives station and got a piece of toast.  I walked back to my cubicle, sat down and felt taken over, it felt like contractions were coming thick, fast and strong and they were every 2-3 minutes apart lasting about 90 seconds each.  Focus, breathe, focus, breathe, focus, then I realised someone was holding my hand it was the lovely midwife Cheryl, she took one look and set the wheels in motion to get me off the labour assessment ward (where I was most probably huffing, puffing and mooing the fear of god into a number of first time mums to be!) and into a delivery room – unable to walk I was whizzed round in a wheelchair.  I texted Mr at 8:45am “get here now” he replied “to pick you up with H?” I managed “in delivery” – bearing in mind my chipper telephone conversation with him some 30mins earlier it would be fair to say this came as a shock!  I will write a separate post on the fall out from these texts!

So here I am in the delivery room just me, the midwife and the consultant – solo wasn’t part of the plan!  Monitoring the baby’s heartbeat again proved concerning as it was intermittent and when it was tracing it was decelerating.  I was re-examined and shocked to be informed I was fully dilated at 10cm!  I give total credit to getting to 10cm whilst honestly “still waiting for things to get going” to hypnobirthing, the book & MP3’s from Tums2Mums and again I will write a separate post specifically about my experience with these techniques, they rock!  My waters still hadn’t broken and to improve monitoring they wanted to put a monitor on baby’s head, they broke my waters and they were black and green with thick muconium, not good.  I remember the glance exchanged between consultant and midwife and a few coded comments.  The midwife put a canular in my hand “just in case we need to move things along a bit”, I remember the consultant was struggling to get the monitor on baby’s head because “baby has lots of hair” and I remember thinking “oh crap I’m way further along than I thought!”  Mr L arrived just before 10am and the room seemed to just fill up with people, signs were increasing that baby was distressed and a fetal blood sample was taken, I now know this measures the acidity of the blood, with 7.5 being neutral a result below 7.3 is the start of acidosis, the process & positions required to get the sample were lets just say challenging but achieved!  Everything was going at 100 miles an hour, there were now, three midwifes including the head of midwifery, the consultant, the head of obstetrics, an anaesthetist and a student midwife who’s first day ever in a hospital it was – oh what a choice of delivery for your first!  I was told we may need to move fast when the result comes back and it may be we need to do a c-section.  The result came back just after 10:25am and it was not good at 7.2.  An alarm/bell was sounded.  “Mrs Lancaster we need to deliver your baby now by c-section, we dont have time for a spinal you need to take this tablet, drink this and understand there are risks associated with any general anaesthetic and surgical procedure … please read this and sign here” I needed to date the consent and I didn’t know the date – the consultant said ” its a very important date 14th October – its your baby’s birthdate, I will do everything to make sure you are all ok”.  Next thing I was off down the corridor on a bed unaware it wasn’t a shopping trolley with wonky wheels, I heard “have the pediatric crash team been called?” “yes there’s one team here and another on the way” which made my blood run cold but thankfully there was just no time to think.  I thought Mr L was behind me & looked back but I just saw doors closing and I was in the theatre and swiftly moved from bed to table.  A face appeared introducing himself as the anaesthetist he explained for speed he would have to press on my throat which may be uncomfortable and asked me to count backwards from 10 – he did press on my throat and I remember counting 10 then thinking holy crap he’s going to strangle me … and then I came round in the recovery room, was told everything was fine, a baby girl weighing 9lb 5oz.  I just remember seeing her all wrapped up in a blanket, exclaiming “NINE POUND FIVE!” and drifting straight back to sleep which was how I stayed for the majority of the next six hours!

Grace Eloise Lancaster was born by emergency caesarean section under a general anaesthetic on Wednesday 14th October 2009 at 10:36am less than 10 minutes after the test result identified a potentially life threatening problem, she weighed 9lb 5oz and our life story together starts now … 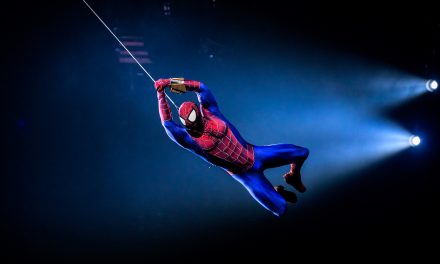 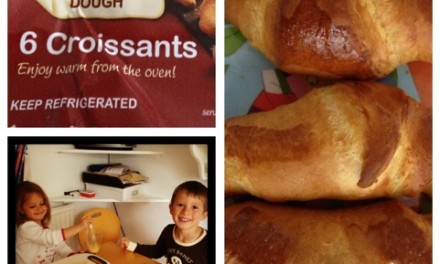 New in the shopping basket